Breathing in space of new time with heart held heavy of little match eye I sight a disturbance off the Anchorage Coast like we all had to keep moving or else face sitting next to the stink train full of trash next to the trains taking you to a more home like place where your comfortable chair awaits to keep you going through this world. 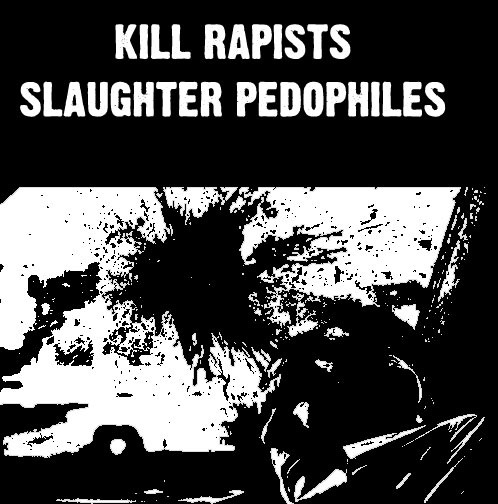 I saw my butchery on screen. Bibles Bashing 1050. The Red Hoods. I realize the part I played in the city's corruption. I don't know how to fight it. I can't specifically detail what is wrong with what is going on. It is not welcoming to me. My conversations are blocked by the presence of acetic people on the stairs. There was something right for me there but Lilli is gone. Piper is the absent queen. The many faced god @madness is currentivism, but maybe currentivism is not for me.

I've been talking a lot about Lestrade lately but when you boil it down I'm really just talking about my need to reevaluate myself. Nothing seems to last but I can't imagine I haven't in some way earned a graduation from ello. It's feeling like I've taken it as far as possible, like a choose your own adventure book just ran out of options.

I saw a gif of the black knight from Monty Python. It was foreboding. This was before I saw Hetaera's post against me. I told Lilli I didn't want to leave the city, but then she posted a possible way to become dynamite. I like to play it as though nothing gets to me, but I am shaking. Having my words attacked is an attack on my person. I feel for myself.

Romeo, with grail blood in his mouth, runs from post to post placing his mark, riding upon the hurricane that he now uses to carry himself, whipping up the friends feed against, poor me, Hamlet kicked from Denmark, Bibles from ello, Batman from Gotham, into this the worst Hell on Earth.

"I've been watching The Dark Knight Rises." said Galaxim, the tape tumbling to the ground with the rest of his 'trash'.

Clues abounding. I can't stop walking through words. The cathartic release would be tough to live without, especially since I weaved my entire life within the writing process. I know there are issues with me, some danger signals, like the time I almost lifted my wife's head into the spinning fan blades, or the time just a couple of days ago when we were cutting into the dog's skin while buzzing his hair off, or the time in Paris when we were walking next to the Diderot statue and Musette's dress blew up over a sewer grate and I wouldn't let her leave the area because I wanted to watch it happen to more girls, or last night, while having sex after celebrating a make-believe prom, wherein I finished a little bit inside of her, and then she finished, but I kept going, because I wanted to get the remaining drops of my sacred soul light out, even though she was telling me to stop because she was starting to chafe.

I am a stupid boy without a job and a without a résumé. I am lazy. All of my previous managers agree. New York is intimidating. I can't imagine myself working anywhere but here behind my computer screen.

Ruth says I contribute a lot more than a lot of people who have stepped away from the daily dulling. It's a good thing I didn't dig any deeper into her with the Dalekian profit/phet machine. She's a keeper. A real winner. Does something that touches you with those words of hers.

Th3 scab that I've been tugging at falls off my arm. I am here left alone, safe from the storming hurricane. It is a new layer of Hell, deeper yet familiar to me, like my old familiar basement. Alone but for the couple of girls whom I let in. Keep me safe, friends, at least for now, as war ravages through another of my corpses.

Ruth liked my Wordpress post that was shared to Goodreads. She asks me if Medium is right for her and asks me for the resolution to one of the pieces I had written there.

"Ruth," I said "I am scattered all over. A vulture torn god. I do not know what is wrong with me. I cannot keep my contents contained. I spill and spill. I have made so many blunders. Like those speakers on my desk which I never use anymore because I've got this Bluetooth on my dresser, where the gun sits. The gun that killed the speakers. Isn't that just currentivism for you though?"

"I hope it is not true that you have a gun." she says. "I was shot through the heart sometime back in April by a beautiful black dog who drowned in May."

"Always an unreliable narrator..." she says.

"But whose fault is it?" I ask, blaming my mother.

She wants to be with me. They are coming in only a few days.

"Should we book a tour or do you think we will be able to find enough to do without one?"

"We're staying at The Bellagio." she says.

"Oh well, the whatever it's called then. Ask your father, he has all these things already programmed into his Apple Drive."